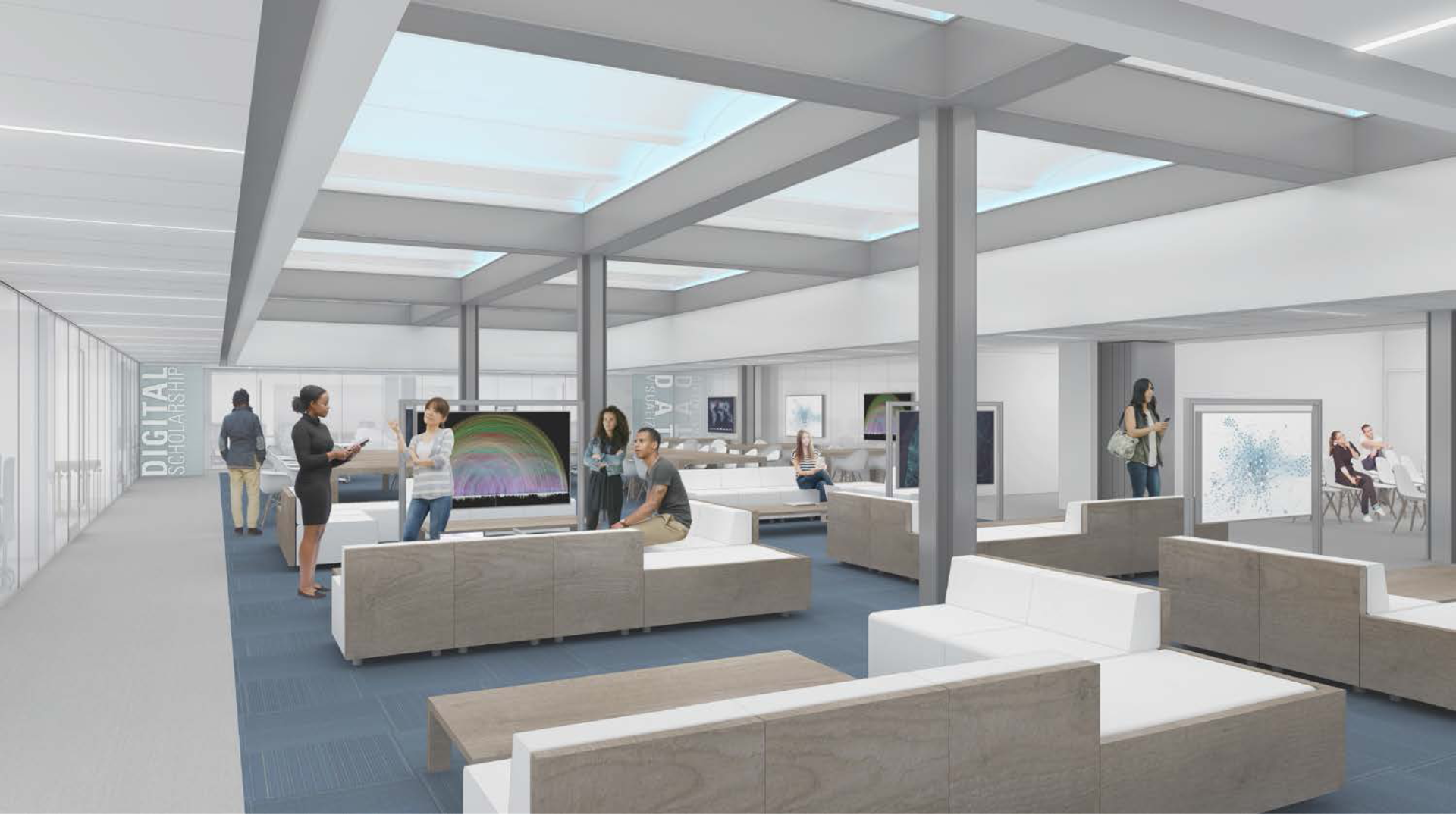 The Center for Digital Scholarship and Data Visualization began in 2014 as part of a CUNY 2020 proposal from The Graduate Center, CUNY, an element in a larger submission for the CUNY Big Data Consortium. From the proposal:

Building on the Graduate Center’s recent investments in digital initiatives and taking full advantage of both the growing academic discipline of visualization and the growing possibilities  for businesses and not-for-profits to respond to large-scale data patterns, the Graduate Center will establish a new Center for Big Data Visualization that will foster coordination between our publicly financed university and the public and private sectors. The Graduate Center, which sits at the research and teaching heart of CUNY, is poised to become a regional and national leader in the interface of Data Science and Visualization. It undertakes this work with the active support of industry leaders in the field of visualization, such as Microsoft Research, Tableau Software, and Alteryx Software.

The Center will create new knowledge and develop new visualization techniques and software based on its partnerships with leading cultural institutions. Unlike most big data work, which concentrates on numbers and texts, cultural institutions present extraordinarily rich and heterogeneous data that includes images, sounds, and maps. These data sources present a particular challenge to big data paradigms, and the Graduate Center will work with a range of data from NYC’s leading cultural institutions to create new techniques of visualization to accommodate that data and will also train their employees to acquire visualization skills. Partners include the Museum of Modern Art, the New York Public Library, the Cooper-Hewitt Museum, the New-York Historical Society, the Brooklyn Historical Society, the Digital Public Library of America, and Rhizome at the New Museum.

News coverage of the grant included a news release from the Graduate Center (“The Graduate Center Awarded Multimillion-Dollar Grant to Establish The CUNY Center for Digital Scholarship and Data Visualization“) and an article in Fast Company (“CUNY To Open A Center For Visualizing Big Data“).

After the grant was awarded, CUNY hired the architectural firm ikon.5 architects to design the project.

In the meantime, GC Digital Initiatives grew in size and scope, helping Graduate Center students, faculty, and staff integrate technology into their research, teaching, and service.

Multiple presentations have been made to GC students at plenary sessions of the Doctoral and Graduate Students’ Council over the course of the project (April 2015, February 2017, April 2018). In addition, smaller meetings with DSC co-chairs were held in November 2016 and May 2019.

In 2018, the GC unveiled two new degree programs that had been part of the CUNY 2020 proposal: the M.A. in Digital Humanities and the M.S. in Data Analysis and Visualization.

In 2019, architectural plans reached 100% completion and building is expected to begin in Fall 2019.

Need help with the Commons? Visit our
help page Send us a message

Built with WordPress | Protected by Akismet | Powered by CUNY